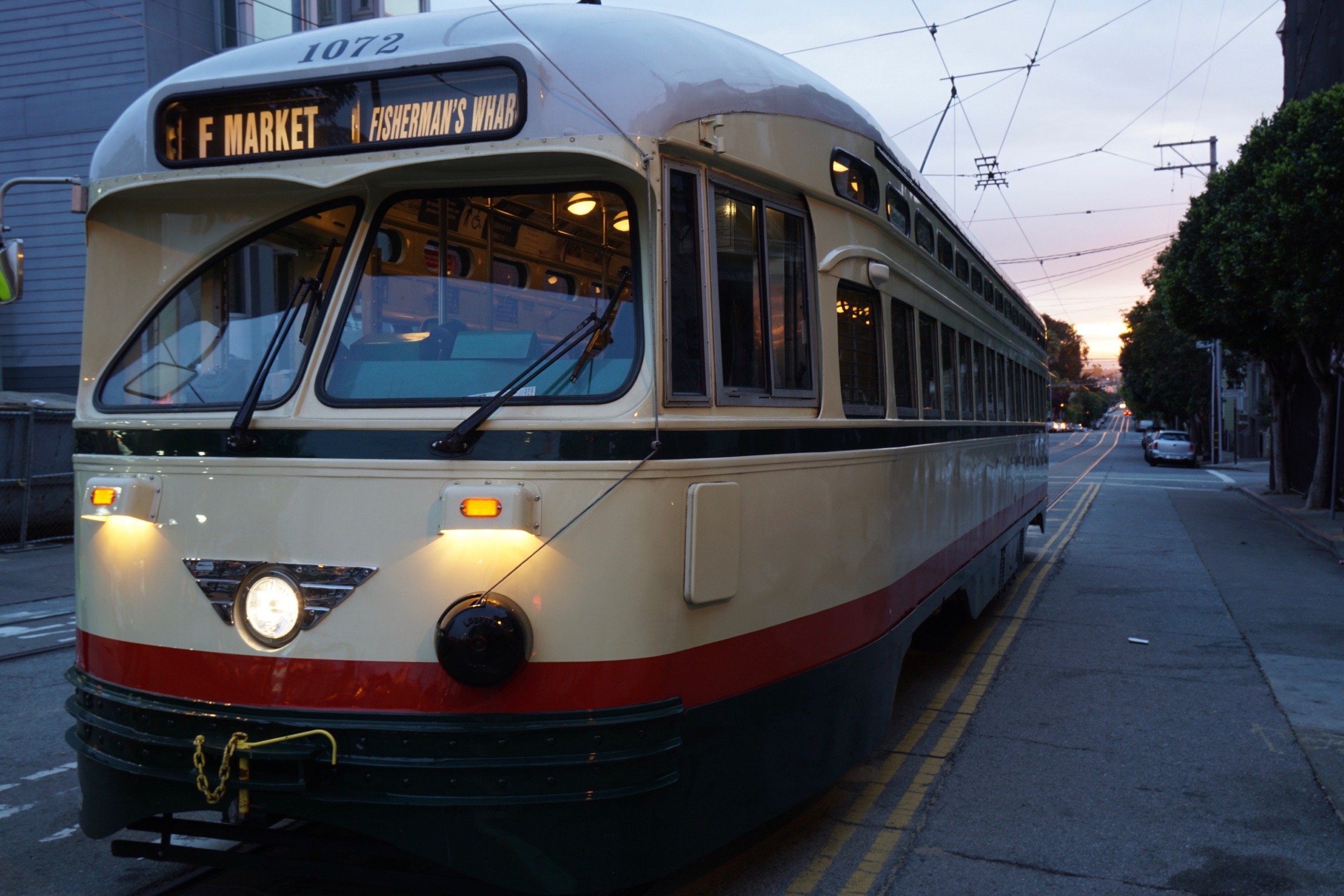 In my last article I touched on a few ideas to make Swift testable. Here I’d like to demonstrate these ideas by implementing a hypothetical feature. The feature is written using TDD and exhibits these virtuous patterns. Before I go on, I’d like to describe the attributes which make a test good.

What to Strive For

Sounds nice doesn’t it? Most people who dip their toes into the TDD end of the pool have the opposite experience. Testers create several mocked classes and write tens of lines of setup code for each test. The suite runs painfully slowly making TDD impossible. Changes to the system break or invalidate dozens of tests, making refactoring harder instead of easier.

My approach to this article is to assign myself a hypothetical feature and implement it using TDD. I followed a few heuristics which make it much simpler to write testable code.

So what is this secret testing sauce I keep alluding to? The idea is to keep the logic and state isolated from the IO or any other volatile dependencies. By ‘logic and state’ I mean business rules and domain models, I also mean the state required by a view controller, or the queuing and prioritization logic required by a network controller. In this instance ‘IO’ means disk and network access, UI interactions, anything to do with GCD as well as DispatchQueues and even timers. As long as all IO have been removed from the code under test, writing the tests will be simple.

The feature I’ve decided to build is a BLE pairing screen. The user is shown all broadcasting BLE devices in their vicinity. They are able to tap a broadcasting device and give it a nickname which adds it to the local Core Data store. In this scenario I have three IO devices; the CBCentralManager, the CoreData repo and the view controller displaying the list of BLE devices. I also added cell animations when a users adds, deletes or renames a device. The complex logic behind this feature is where TDD really shines.

I want to stress that this is not another “MV* architecture will fix your problems” article. The example here is just one implementation illustrating these principles. There are many ways to isolate logic from volatile dependencies. These guidelines apply to all software project, not just view based ones.

Bringing It All Together

In the diagram below, I’ve indicated how the IO devices integrate with the UI logic: 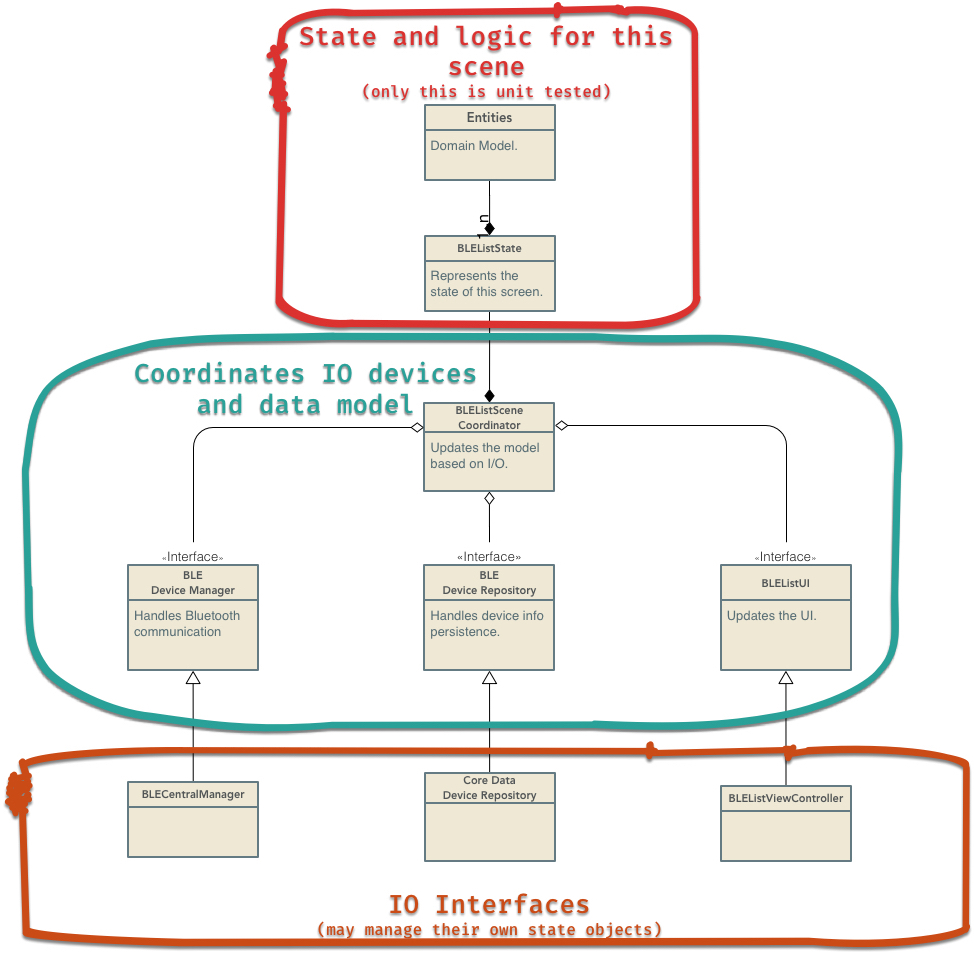 As you can see, the red box is the system under test (SUT). It contains all of the classes that we are testing for this screen. At first glance, it might appear that we’ve failed to test a great deal of the system. On closer inspection, we can see that all the interesting logic and data structures are contained solely in the red box. The green box is only responsible for shuttling data back and forth between the IO devices and the state object. It has a cyclomatic complexity of one. The three IO devices in the orange box may contain their own logic and state (queues and retry logic etc) but would be covered under a different set of tests.

An Aside on ViewControllers

Using this approach won’t uncover every conceivable bug in your project. There will be issues integrating the repository, the BLE interface and the UI. We will cover the interaction of those components using integration tests. If each component is rigorously unit tested, we will be more confident when we go to integrate them.

In my next post I’ll illustrate some patterns and heuristics I use to keep Swift testable. See you next time!